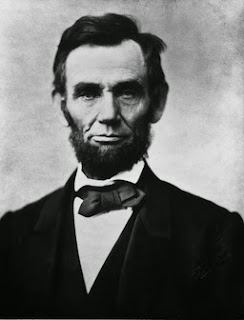 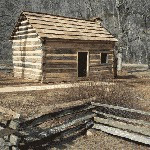 His cabin still stands in the middle of a national historical park, though it is currently undergoing some renovation. You can read about this park here:

Abe and I met in school and then later in the "World Book Encyclopedia" set that my parents bought for me in the third grade. That is about the time that I set up my love for learning, a personality trait also displayed by my buddy Abe.

I had a third grade teacher then, Mrs. Lila Cissell, who opened my eyes to history and it was all around me in central Kentucky. Hodgenville was right up the road and so the story of Abe, growing up in a simple log cabin and reading his lessons by firelight, came alive for me.

I was an only child, shy and introverted, who found many friendships in fantasy and reading and Abe and I seemed kindred. He'd have his birthday and then I'd have mine four days later. George came along on the 22nd, but he was too late for our celebration. It was just me and Abe.

As the years went on I found myself drawn more and more to the historical circumstances of Abe's life and eventually of his untimely death. It's like I knew him and grieved his loss like a brother or favorite uncle.

I've visited Gettysburg and imagined him standing there on the battle field, saying those famous words, "Fourscore and seven years ago...".

One time when I was a teenager, my horse riding girlfriends and I rode way out onto the most isolated part of the reservation that was owned by Fort Knox, where I grew up as an Army brat.

We'd take these extended day rides and go out and explore wild areas with our picnic lunches and cameras and curious minds.

Fort Knox had arisen as the "Home of Armor" in the early 20th century from the Federal confiscation of several county land areas in central Kentucky. In that process many small villages and townships were more or less consumed and erased from existence, leaving only a few graveyards, churches, and homesteads standing out in the wilderness.

Here's some more on the history of Fort Knox, my home town:

On this one particular day we came upon a primitive pioneer cemetery hidden deep in some woods alongside a creek. We got off our horses, tied them up, and decided to explore the gravestones, many of which were so weathered to the point that they could not be easily deciphered.

Among these gravestones we found numerous members of the Todd family, Mary Lincoln's ancestry. It was fascinating and we wondered if these folks might be close relatives to Abe and Mary Todd Lincoln.

Of course in those days there was no ancestry.com or way to find out more about them. But I found it fascinating and one more link to Abe and his heritage in the area.

So Abe and I, we celebrate our birthdays together in February. His is on Sunday, mine is this coming Thursday.

It's a funny thing, this relationship that I have always had with Abe, but it's just part of who I am.

Happy Belated Birthday, Abe! And Happy Birthday to me! 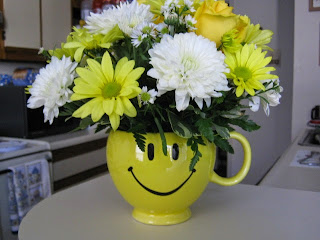