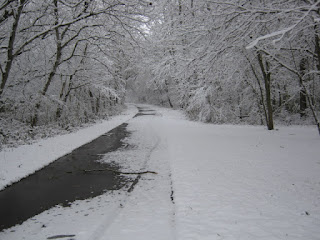 Today I awoke to a light snow fall outside my window. At first I said, "Oh, shit!" Then I found myself gazing quietly out at the lacy twigs and branches and the softly drifting snow flakes and I said, "Wow! It's beautiful!" And it was.

Not predicted, not expected, but a gift of quiet and a much needed small joy nonetheless.

I have been trying to rest yesterday and today. Just hang around the cottage, do some laundry, eat some good food, watch football and comedies, and hang out with my 4 girls. 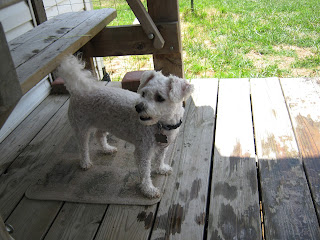 Jolly back on the farm...

Martha has also been resting and we have talked on the phone every few hours. There is no therapy on the weekend, so she has had a reprieve. Tomorrow at 7am the ball starts rolling again for a full day of PT, OT, ST, and breakfast, lunch, and dinner for her.

I think about spring and I long to walk along the local wooded rail trail pathways that run not far from here. Ohio has some of the most fantastic rail trails running north from the Ohio River area and all throughout the state.

The Ohio to Erie Trail and the Little Miami Bike Trail are the most notable in my area of southwestern Ohio. 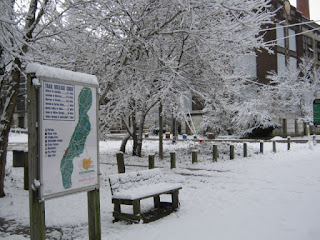 Before I moved out into the rural area in 2006 I was an avid bicyclist. I had a recumbent bike, a recumbent trike, a road bike, and a mountain bike. I had really gotten involved in cycling as my primary passion starting back in 2001.

I was visiting the bike trails 3-4 times a week in those days and had built my fitness level up to where I was doing 50 mile round trips rides regularly. I loved it and became quite the "bikeaholic" as noted by the number of bikes I owned.

Once we moved out to the farm house in the summer of 2006 I rarely visited my beloved trail system which was 50 miles west. I decided to try to ride out there on rural lanes and in the villages, but it was not the same for me. 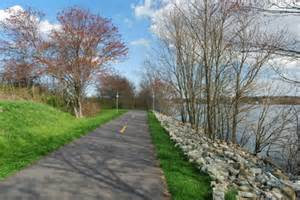 I longed for the quiet rides along the river on the bike paths where I did not have to deal with cars and all the tension and fumes and anxiety that comes from riding among them. So I more or less quit riding bikes.

By 2007 I had purchased my first scooter, the Ruckus, and that became my "getaway tool" of choice. Eventually the bikes all got sold during the Great Recession amid lay-offs and sparse income.

Once I got back here in 2012 near the bike paths I had the desire to ride again, but it never took hold. I was still on the scooter but working to obtain at least 2 bikes again, which I eventually did. They got sold this summer due to my inability to get hired in a decent paying job. It broke my heart to let them go, but times were hard.

They still are, but I am once again dreaming of getting back on a bike on my beloved bike paths. I belong to the Rails-To-Trails Conservancy and see the awesome rides that members post on their Facebook page.

I long to ride on those quiet rural routes away from cars and noise and pollution, to escape into nature as I always did on the scooter out in the country.

But "cars and noise and pollution" are just about all that I experience riding my scooter while living in here and I am ready to give it up until I move back out in the country. That could be next year or the next, I do not know. I am no longer focused on that as I have a job here and Marty's health care providers are here.

Anyway, that's right, I said give up scooter riding in here. It's no longer fun, it never felt safe, and I found myself doing it less and less.

It also felt more and more lonely as I know no one who rides a scooter or motorcycle and I got tired of always being out alone on the back roads.

It actually became boring and a chore that I avoided more and more.

If I can ever get a bigger scooter (150cc+) then I might scoot out from here to the countryside that I love. But for now it is too far and too tedious to try to do that from this location and I am letting go and focusing on getting back on a bike.

So my last scooter is up for sale and I have already picked out the bike I hope to replace it with, another Townie 21D in Matte Black. A stunningly beautiful beast! 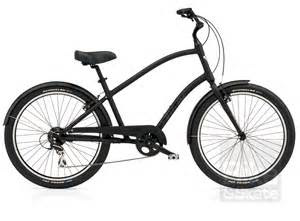 Not only all of that, but I have lost SO MUCH fitness by riding the scooter alone. I want to get back on the bike to recover my legs and my lungs and ride like I used to do.

I don't think it's too late because I have a very physical job and my body has been able to adapt to that kind of strenuous activity and I have gotten leaner and stronger just doing that labor.

It has also sunk in my brain that I am THE caregiver for my little family. I know that every time I rode that scooter in this area that I took a risk of being hit by a car and injured to the point that I could have become disabled or worse.

I was never actually afraid, but I always knew it was a risk. I am no longer willing to take that risk. It is just not worth it to me and the impact on my family would be devastating.

Then there's this: the quiet ride of the bike, gears whirring, smells from the wooded trail, the sounds of birds over head, the peacefulness of riding a bike along where other riders pass you from time to time. Just the immersion in the experience and the community of fellow riders is something I long for and miss.

I loved the feeling of working the lungs and muscles and heart, the joy of physicality in the pure simple pleasure of riding a bike. I need the work-out on so many levels.

I miss it, I do. I want it back. I want to eye my bike in the living room over the winter and sneak in a ride on decent sunny days as the spring breaks through.

Bicycle dreams, long dormant, are flowing through my brain like the run off from a long frozen mountain stream. Where or why I do not know, but it is happening.

I am now watching Ebay with the anticipation of a scooter sale and the ride over to the bike shop to pick up my black beauty!

Something new is emerging, joy is stirring around in my heart for the ride, I am having bicycle dreams and it feels really, really good! 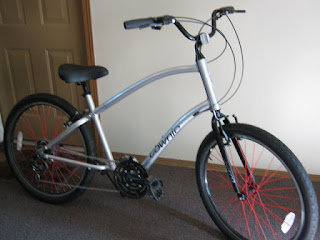 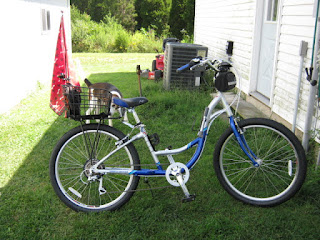 Fuji Saratoga grocery-getter and dog taxi on the farm...